COULD OFFTAKE AGREEMENT BE ABOUT TO TAKE OFF?

COULD OFFTAKE AGREEMENT BE ABOUT TO TAKE OFF?

After long being confined to the mining, energy, infrastructure and agriculture sectors, offtake agreements have started to pop up in some unexpected situations

Imagine you’re a mining entrepreneur who is convinced there will be an increasingly strong demand for lithium in the years to come. You’re keen to develop a lithium mine but don’t have $500 million to buy a site, hire a workforce, purchase lots of expensive equipment and so on.

Anyone you approach for finance will need some convincing that, once the mine comes online, you will be able to sell enough to repay the money you owe.

At this juncture, you have two options.

You can launch into a breathless spiel about the looming decarbonisation of first-world economies and hope the sheer force of your narrative will win the day. Alternatively, you can present the financial institution you’re hoping to win over with a signed sales contract from, for example, a lithium-battery manufacturer. A contract, or to be more precise, an offtake agreement, that commits said battery manufacturer to buying, for instance, 150,000 dry metric tonnes of lithium per annum, at a set price of $50,000/tonne, for the first five years of your mine’s operation.

The latter approach is much more likely to be successful than the former.

By the time your mine becomes operational, the price of lithium may be significantly more or significantly less than $50,000/tonne. (This is inevitably an issue with any type of forward contract.)

But, even if the price has risen or fallen significantly, everybody involved in the transaction is likely to come out a winner. You get the money you need to develop your lithium mine. Presuming lithium continues to be in demand, you’ve essentially got a licence to print money, especially once you’ve paid back the money you borrowed. There’s a guaranteed buyer locked in before the first sod of earth is turned on the mine site. That means, without having to take on much risk, the lender can look forward to getting its money, plus interest, back.

And the lithium-battery manufacturer now has a much more secure supply chain.

Of course, in the real world, things can and do go wrong. The lithium miner may not be able to supply the agreed amount of lithium at the agreed time. Or the lithium-battery manufacturer may declare bankruptcy before or after the lithium mine is completed. This is why offtake agreements typically contain ‘get off jail free’ clauses that allow either party to cancel the contract if events outside their control occur.

Offtake agreements have long been used as a vehicle in industries that require large capital expenditures.

If a company, government or private-public partnership is going to stump up billions to construct an offshore windfarm, port, desalination plant, oyster farm, or network of electric-car charging stations, it typically wants to ensure it will (eventually) get a decent return on its substantial upfront investment. And even in cases where a private business or government is inclined to take a gamble and hope for the best, that insouciance is unlikely to be shared by any financial institutions providing capital.

One way to avoid wasting vast amounts of money on a project that could turn out to be a white elephant is to ensure one or more potential buyers makes a legally enforceable commitment to being an actual buyer before any significant costs are incurred. Hence offtake agreements.

Given the lack of data in the public domain regarding offtake agreements, it’s difficult to prove they have been breaking out of the huge-upfront-investment-required realm and ‘going mainstream’ in recent years. But there’s a growing amount of anecdotal evidence that this is the case.

For instance, in 2015 an Australian biopharma company signed an offtake agreement with a European cosmetics company, agreeing to supply it with 300 kilograms of cannabidiol resin extract for  a minimum of four years in return for a total future payment of $60 million. (The cosmetics company needs the resin to make products such as skin and eye creams. The biopharma company needed the offtake agreements to source capital to expand its production facilities in Slovenia and Malta and acquire other businesses.)

Likewise, in 2019, offtake agreements facilitated the final stages of the construction of Bomen Solar Farm in NSW. The green electricity retailer Flow Power used offtake agreements to lock Westpac, Australian Vintage (the company behind brands such as McGuigan Wines and Tempus Two), and Snack Brands (the food manufacturer responsible for Cheezels and Samboy) into buying much of the future output of Bomen Solar Farm.

Not so small beer In mid-2021, Australian beverage company Lion appointed Hilco Global APAC, along with equipment dealer FA Maker, to manage the sale of the assets of its West End Brewery in Adelaide.
Those unfamiliar with the magnitude of West End Brewery – it’s a 500-hectolitre facility with keg, can and bottle filling lines capable of churning out vast amounts of beer every hour – may not comprehend how difficult a challenge this presented.

Lion makes and sells a range of alcoholic beverages, but its core business is beer. It owns the iconic Australian brands such as XXXX and Tooheys and holds the local distribution licence for legendary foreign brands such as Guinness, Heineken and Kirin. Given its desire to hold on to its market share, Lion wasn’t keen on handing over valuable beer-making assets to a direct competitor such as CUB, Coopers Brewery or Asahi Holdings.

Unfortunately, these competitors were the logical, and possibly only, purchasers of the assets Lion wanted to dispose of. In an ideal world, Lion would have offloaded its unwanted holdings to an up-and-coming independent craft beer brewer. Unfortunately, few small or even mid-sized Australian beer brewers were interested in, and capable of buying, the West End Brewery’s assets. The team at Hilco Global APAC facilitated a transaction which was seen as very out-of-box, both in terms of potential buyers and potential sale . With some tweaking, the West End Brewery equipment could be used to make beverages other than beer; Lion could deepen the pool of potential purchasers by lowering the asking price for the assets. If an offtake agreement was put in place, Lion could sell the assets for significantly less than their market value but still come out ahead.

Adelaide-based Ostra Distillers, a mid-sized contract (i.e. white label) producer of alcoholic spirits with ambitions to launch its own whisky brand, expressed an interest. Lion regarded Ostra Distiller as a dream buyer, given it was in no way a direct competitor. But there was the not insignificant matter of Ostra Distiller’s youngish owner getting his hands on the money necessary to both buy the West End Brewery gear then rejig it to produce spirits rather than beer.

Ostrowski possibly could have organised sufficient financing to purchase Lion’s assets at their market value. But that didn’t turn out to be necessary. The terms of the sale agreement Lion and Ostra signed in early 2022 remain confidential. But what has been publicly revealed is that Lion agreed to a cash-and-kind deal. That is, Lion agreed to sell the assets for less than would otherwise have been the case, in return for Ostra agreeing to provide Lion with a certain quantity of grain neutral spirit. (Grain spirit is an ingredient of some of the beverages Lion makes.)

Greg Hardiman, Hilco Global APAC Director of Deals & Origination, argues that the arrangement entered by Lion and Ostra shows how offtake agreements can, firstly, be used in unconventional settings and, secondly, facilitate win-win deals that might otherwise have gone begging.

Hilco was able to find a creative way to provide the seller, Ostra, with increased certainty of realisation of assets that can be repurposed by simultaneously negotiating the sale of assets to a buyer as well as finding a creative solution that provides flexibility and improves liquidity to the buyer and improving their payback timeframe of the repurposed brewhouse assets,” he says.

Could an offtake agreement get that sale over the line?

Even the biggest boosters of offtake agreements don’t argue they will become common. Most of the time, those launching a new business will simply get finance or sell equity, then hope customers will materialise at the right time. Likewise, in most cases where Company X is buying equipment, or a factory, or land, from Company Y, it will be a straightforward cash-for-asset deal.

But as was the case with Lion, there will be situations where a cleverly deployed offtake agreement can facilitate a sale transaction that otherwise would have been unlikely. So, it’s always worth thinking laterally and investigating whether anything other than cash and assets might be exchanged.

Hilco Global APAC can provide creative solutions that leverage Hilco’s knowledge on the value of the repurposed assets to assist both buy-side and sell-side clients to validate, support and execute their strategic priorities strategies. If you would like to learn more about how Hilco Global APAC can help both buyers and sellers craft win-win deals, please get in touch. 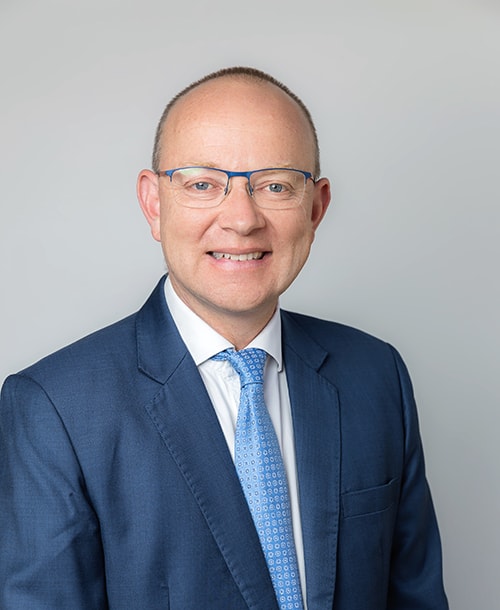 Adam is the CEO of Hilco APAC, a Director and founding shareholder, with over 25 years of experience in the auction, valuation and marketplace industries. Seeing a gap in the market when it comes to global access to marketplaces, Adam envisioned a business with a full-service offering; Hilco Global APAC was born from this vision. As the head of our business, Adam focuses on strategic relationships and finding new and interesting ways to connect buyers & sellers globally.

Adam Scharer is the founder & CEO of Hilco Global APAC, forming the business  after seeing a gap in the market when it comes to global access to marketplaces, Adam envisioned a business with a full-service offering

Insight – The impact of ESG on Asset Valuations

This website uses cookies so that we can provide you with the best user experience possible. Cookie information is stored in your browser and performs functions such as recognising you when you return to our website and helping our team to understand which sections of the website you find most interesting and useful.

Strictly Necessary Cookie should be enabled at all times so that we can save your preferences for cookie settings.

If you disable this cookie, we will not be able to save your preferences. This means that every time you visit this website you will need to enable or disable cookies again.

This website uses Google Analytics to collect anonymous information such as the number of visitors to the site, and the most popular pages.

Please enable Strictly Necessary Cookies first so that we can save your preferences!